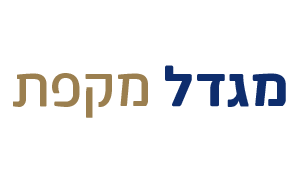 Migdal Makefet is one of the major driving  forces behind expansion of the pension savings sector in Israel, and it is the centre in of influence in the market. Migdal Makefet managed Makefet - Ishit fund - a new  comrehensive pension fund , and the Makefet Mashlima fund - a new general pension fund. Also, Migdal manages various provident funds and advanced study funds. Since Migdal Makefet Pension Funds and Provident Funds Ltd. was established in 1995 it has earned a reputation as being a large, stable, secure, innovative, reliable and leading company.

In September 2004, Migdal Makefet was taken over by Migdal Insurance Company Ltd. - the largest life and pensions insurer in Israel.

The acquisition of Migdal Makefet by Migdal Insurance created an optimal synergy of skill and expertise in managing pension, provident and advances study funds with the backing of the largest insurance company in Israel.

In January 2014 the provident funds and advanced study funds detailed in the following link were amalgamated.

Migdal Makefet Personal is the second largest pension fund in Israel, providing unsurpassed stability, security and strength. The fund manages assets of approx. NIS 43.5 billion (approx. US$ 10 billion) for some 800,000 members (as of 31.12.2014). Contributions into the fund in 2014 reached NIS 5.2 billion.

The security and strength of each pension fund, which by definition involves long-term savings, depends not only on the number of members but also on the profile of the members. The competitive advantage of Migdal Makefet has made it the preferred choice for a wide range of corporations, public entities and enterprises in various sectors, and over the years Migdal Makefet has built up a diverse and high quality customer base from some of the top companies in Israel.